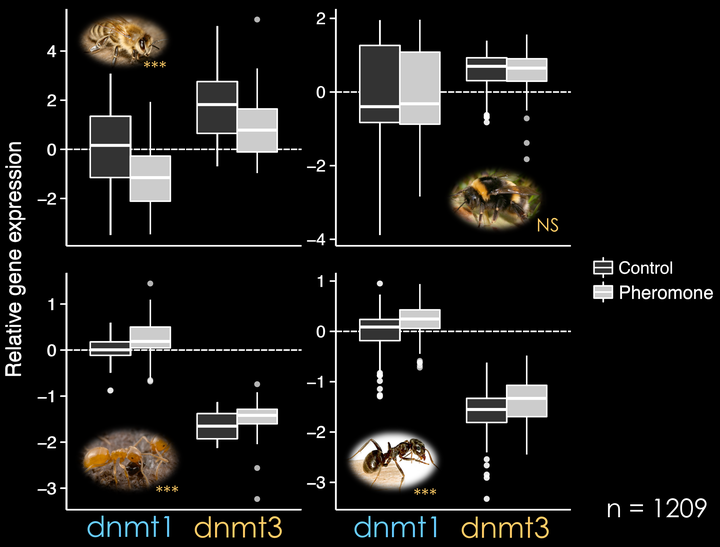 DNA methylation is emerging as an important regulator of polyphenism in the social insects. Research has concentrated on differences in methylation between queens and workers, though we hypothesized that methylation is involved in mediating other flexible phenotypes, including pheromone-dependent changes in worker behaviour and physiology. Here, we find that exposure to queen pheromone affects the expression of two DNA methyltransferase genes in Apis mellifera honeybees and in two species of Lasius ants, but not in Bombus terrestris bumblebees. These results suggest that queen pheromones influence the worker methylome, pointing to a novel proximate mechanism for these key social signals.