The evolution of queen pheromones in the ant genus Lasius 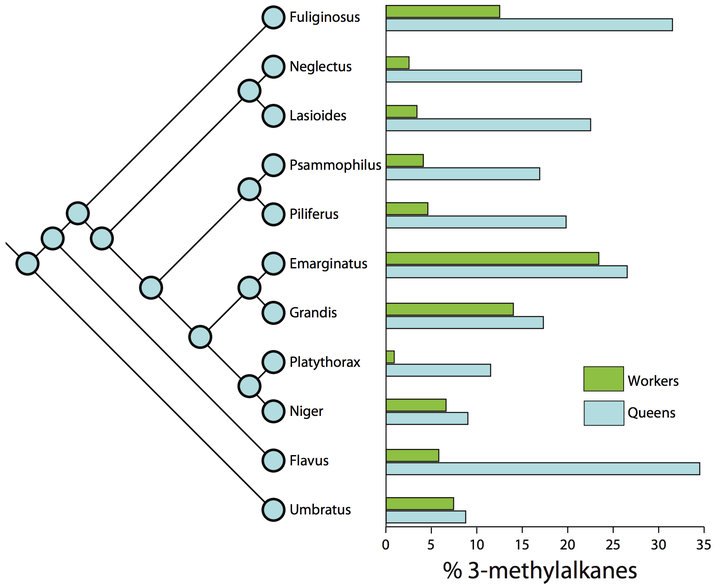 Queen pheromones are among the most important chemical messages regulating insect societies yet they remain largely undiscovered, hindering research into interesting proximate and ultimate questions. Identifying queen pheromones in multiple species would give new insight into the selective pressures and evolutionary constraints acting on these ubiquitous signals. Here, we present experimental and comparative evidence that 3‐methylalkanes, hydrocarbons present on the queen’s cuticle, are a queen pheromone throughout the ant genus Lasius. Interspecific variation in the chemical profile is consistent with 3‐methylalkanes evolving more slowly than other types of hydrocarbons, perhaps due to differential selection or evolutionary constraints. We argue that the sensory ecology of the worker response imposes strong stabilizing selection on queen pheromones relative to other hydrocarbons. 3‐Methylalkanes are also strongly physiologically and genetically coupled with fecundity in at least one Lasius species, which may translate into evolutionary constraints. Our results highlight how honest signalling could minimize evolutionary conflict over reproduction, promoting the evolution and maintenance of eusociality.