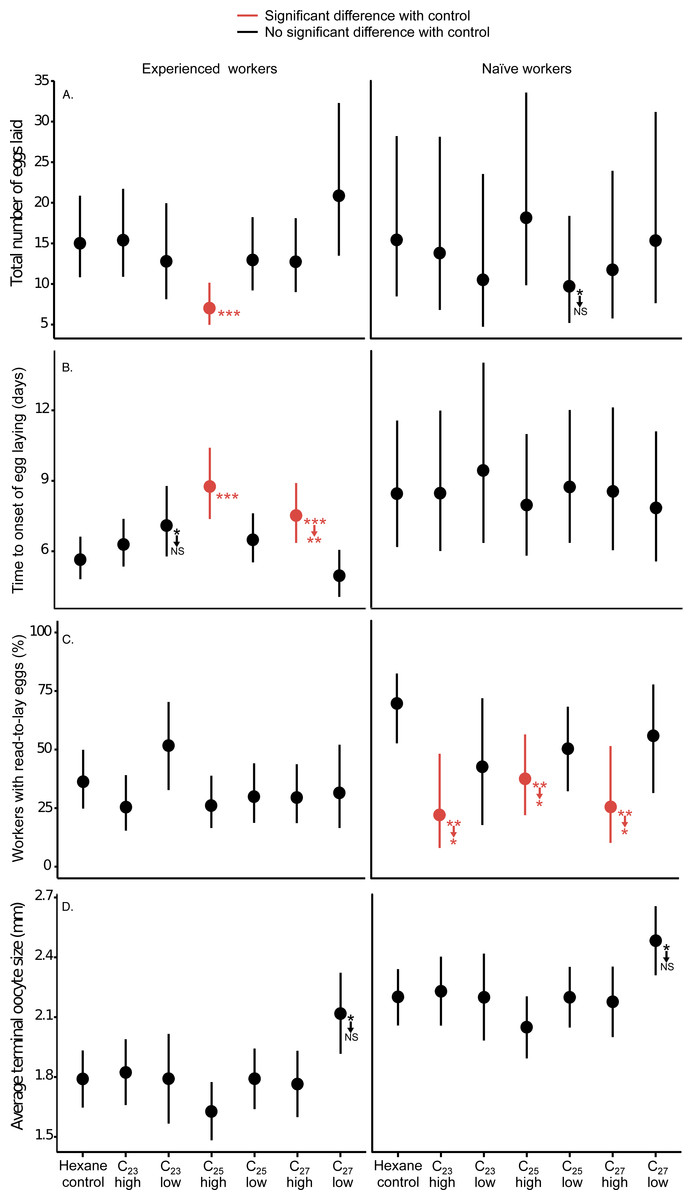 In a recent study, Amsalem, Orlova & Grozinger (2015) performed experiments with Bombus impatiens bumblebees to test the hypothesis that saturated cuticular hydrocarbons are evolutionarily conserved signals used to regulate reproductive division of labor in many Hymenopteran social insects. They concluded that the cuticular hydrocarbon pentacosane ($C_{25}$), previously identified as a queen pheromone in a congeneric bumblebee, does not affect worker reproduction in B. impatiens. Here we discuss some shortcomings of Amsalem et al.’s study that make its conclusions unreliable. In particular, several confounding effects may have affected the results of both experimental manipulations in the study. Additionally, the study’s low sample sizes (mean n per treatment = 13.6, range: 4–23) give it low power, not 96–99% power as claimed, such that its conclusions may be false negatives. Inappropriate statistical tests were also used, and our reanalysis found that C25 substantially reduced and delayed worker egg laying in B. impatiens. We review the evidence that cuticular hydrocarbons act as queen pheromones, and offer some recommendations for future queen pheromone experiments.