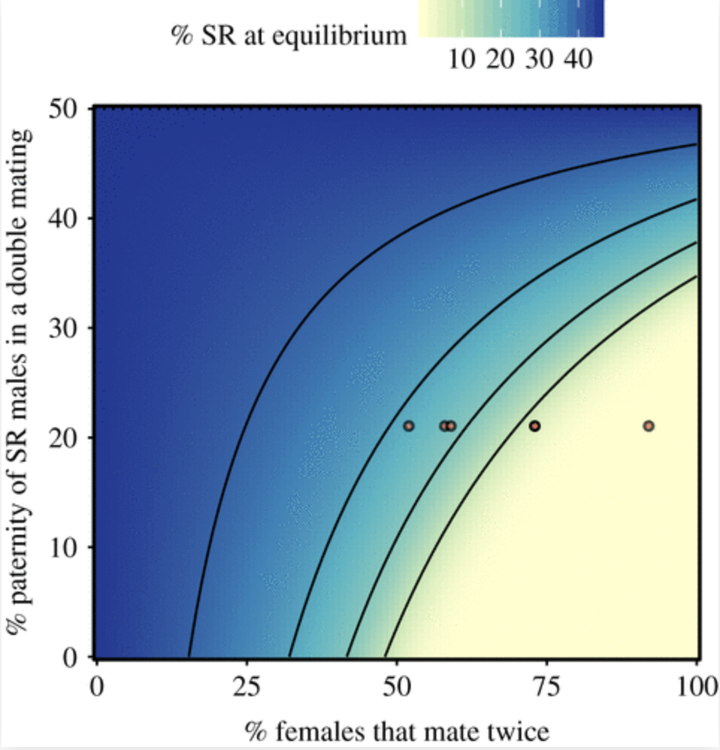 Selfish ‘meiotic drive’ alleles are transmitted to more than 50% of offspring, allowing them to rapidly invade populations even if they reduce the fitness of individuals carrying them. Theory predicts that drivers should either fix or go extinct, yet some drivers defy these predictions by persisting at low, stable frequencies for decades. One possible explanation for this discrepancy is that drivers are especially costly when homozygous, although empirical tests of this idea are rare and equivocal. Here, we measure the fitness of female Drosophila pseudoobscura carrying zero, one or two copies of the X-linked driver sex ratio (SR). SR had strong negative effects on female offspring production and the probability of reproductive failure, and these effects were largely similar across four genetic backgrounds. SR was especially costly when homozygous. We used our fitness measurements to parametrize a population genetic model, and found that the female fitness costs observed here can explain the puzzlingly low allele frequency of SR in nature. We also use the model to show how spatial variation in female mating behaviour, fitness costs of SR and the reduced siring success of SR males can jointly explain the north–south cline in SR frequencies across North America.