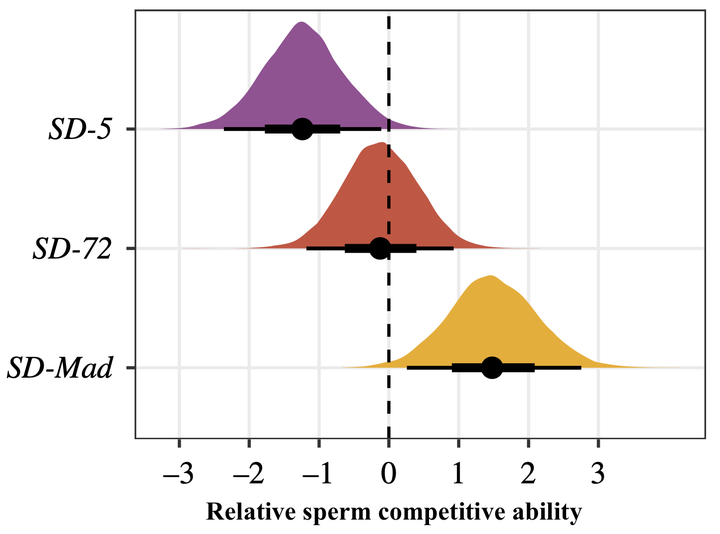 The Segregation Distorter (SD) allele found in Drosophila melanogaster distorts Mendelian inheritance in heterozygous males by causing developmental failure of non-SD spermatids, such that greater than 90% of the surviving sperm carry SD. This within-individual advantage should cause SD to fix, and yet SD is typically rare in wild populations. Here, we explore whether this paradox can be resolved by sexual selection, by testing if males carrying three different variants of SD suffer reduced pre- or post-copulatory repro- ductive success. We find that males carrying the SD allele are just as successful at securing matings as control males, but that one SD variant (SD-5) reduces sperm competitive ability and increases the likelihood of female remating. We then used these results to inform a theoretical model; we found that sexual selection could limit SD to natural frequencies when sperm competitive ability and female remating rate equalled the values observed for SD-5. However, sexual selection was unable to explain natural frequencies of the SD allele when the model was parameterized with the values found for two other SD variants, indicating that sexual selection alone is unlikely to explain the rarity of SD.