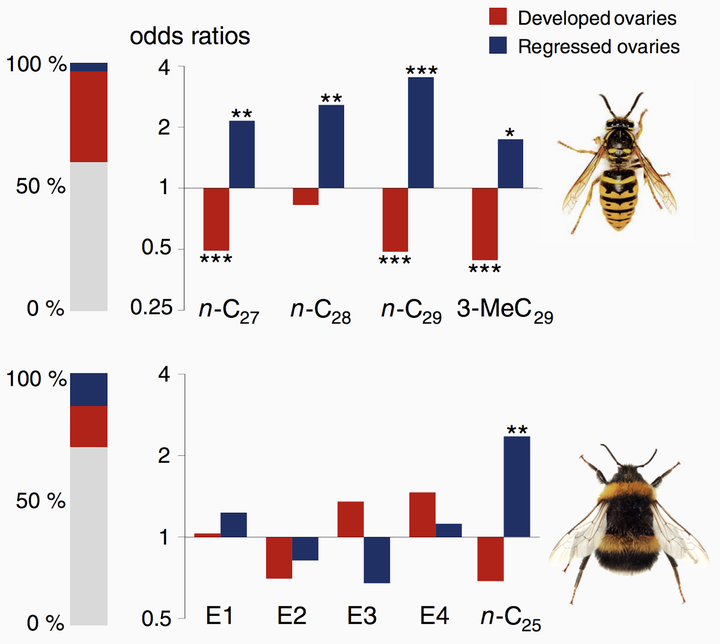 A major evolutionary transition to eusociality with reproductive division of labor between queens and workers has arisen independently at least 10 times in the ants, bees, and wasps. Pheromones produced by queens are thought to play a key role in regulating this complex social system, but their evolutionary history remains unknown. Here, we identify the first sterility-inducing queen pheromones in a wasp, bumblebee, and desert ant and synthesize existing data on compounds that characterize female fecundity in 64 species of social insects. Our results show that queen pheromones are strikingly conserved across at least three independent origins of eusociality, with wasps, ants, and some bees all appearing to use nonvolatile, saturated hydrocarbons to advertise fecundity and/or suppress worker reproduction. These results suggest that queen pheromones evolved from conserved signals of solitary ancestors.