Queen pheromones and reproductive division of labor: a meta-analysis 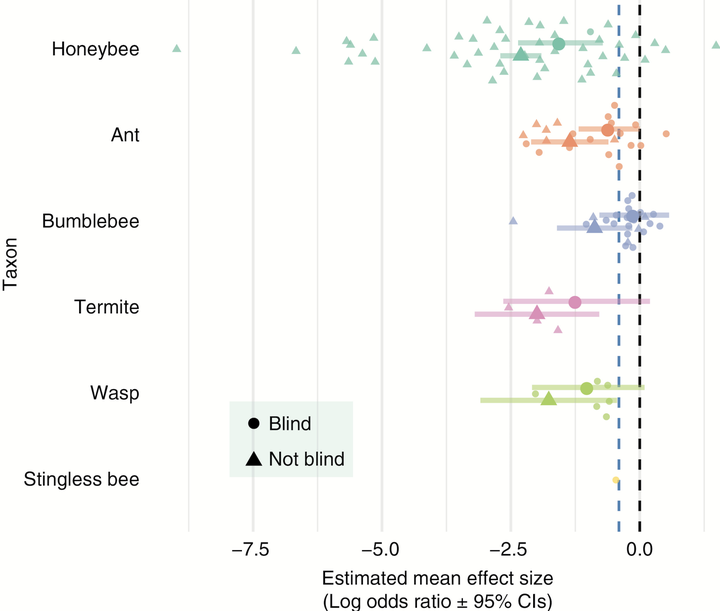 Our understanding of chemical communication between social insect queens and workers has advanced rapidly in recent years. Several studies have identified chemicals produced by queens and other fertile females that apparently induce sterility in other colony members. However, other experiments produced nonsignificant results, leading some to argue either that earlier reports were mistaken, or that some queen pheromones only work in specific contexts. Here, I review the experimental evidence using meta-analysis, and show that there is near-universal support for the hypothesis that fertility-related chemicals cause sterility regardless of context; studies finding otherwise can be explained most parsimoniously as false negatives. Additionally, queen pheromone experiments that were not performed blind recorded much stronger effect sizes, suggesting bias. I conclude by highlighting several outstanding questions in the field, and by offering recommendations for future studies.